Chlamydia is a common sexual disease caused by bacteria. Mostly, the bacteria come in contact when having sexual contact. Only in the U.S, the number of people affected by this disease was nearly 1.8 million in 2018. However, when it comes to sexually transmitted diseases, this one is the most common in the U.S.

It can affect both men and women and become a fertility issue. However, most of the time, they do not have any symptoms and do not cause any issues in the early stages. Fortunately, there are treatments available to treat this condition. However, you will need to detect the symptoms very early.

Ignoring the condition not only causes fertility problems but some other serious complications as well. You need to know all the details of chlamydia, such as symptoms, effects, causes, and treatments. Here are all of them given below in detail.

More than 70% of people do not develop any symptoms in the early stages of chlamydia. However, there are many symptoms that might develop in people affected by this disease. In addition, the symptoms might differ based on different factors like age, sex, medical history, and others. So, here are some of the most common symptoms given below that you might notice.

Most men do not develop any chlamydia symptoms, but they can appear after 1-3 weeks after the contact. Some common ones include:

If you get the Chlamydia infection in other areas like the anus, it can cause other symptoms like pain, bleeding, and discharge from that area. Oral sex can increase the chance of getting chlamydia infections. It can cause the infection to happen in the throat. It is hard to know if you have a throat infection.

The virus might be there without your knowledge. If you develop symptoms from a throat infection, you need to look for some common ones including cough, fever, and a sore throat.

As chlamydia is also well-known as the “silent infection,” it is tough to find out if you are affected or not. However, some women can develop multiple symptoms. It might take more than two weeks for these symptoms to appear. The common symptoms include:

Rarely, the infection can spread through different parts like a fallopian tube. It can cause many severe diseases like PID (Pelvic Inflammatory Disease). It is one of the conditions where you will need medical attention almost immediately.

Apart from that, it can infect other parts like the rectum as well. In addition, the symptoms of chlamydia are different in women and men. So, it is better to take the help of a doctor if any of these symptoms appear.

To treat this condition, you need to find out what the causes are. Now that you know what chlamydia is, let’s find out the causes to have a better treatment. The most common causes of developing this symptom are oral sex without protection and sex without a condom. It can transmit easily from people. Unprotected sex increases the chance of getting it.

Genital contact with the eyes can cause an infection in the eyes. However, this is rare compared to all the other conditions. It can recur even after treating successfully. People who have developed it once have an increased chance of developing it.

Along with the causes and symptoms, you need to be aware of the effects of chlamydia. Here are some of the most common ones given below.

Although the condition is very rare, the chlamydia infection can spread to the prostate gland in men. It is known as prostatitis that can cause pain after or during sex, painful urination, chills, fever, and back pain.

Chlamydia infection can cause obstruction and scarring in the fallopian tubes without any symptoms. It is a serious condition that can make women infertile.

It is an infection in the fallopian tubes and uterus that causes both fever and pelvic pain. If the infection becomes severe, then you might need to get hospitalized immediately.

You are at higher risk of developing infection near the testicles if you have chlamydia. It can cause scrotal pain, fever, swelling, and inflammation in the coiled tubes.

The only way to prevent getting all the serious complications and symptoms is by doing the early treatment. If you experience any of the above-mentioned symptoms, you need to visit a doctor as soon as possible. It will prevent having any long-term side effects or complications. The only way to avoid conditions like ectopic pregnancy and infertility is chlamydia treatment.

Generally, doctors prescribe antibiotics to treat the condition. Some of the common antibiotics prescribed for this condition are Doxycycline, Azithromycin, Ofloxacin, and others. The doctor might also prescribe some other drugs like amoxicillin and erythromycin.

The course can take up to two weeks or more. During the medication period, sex is prohibited as it can cause the condition to spread. It is best to get your partner treated as well for confirmation and prevent any further spread. Women who have severe chlamydia might need to get hospitalized.

After finishing the course of antibiotics, you will need to get checked every three months. Sex is only safe when you and your partner are both sure that the infection is cured.

Chlamydia is not a severe condition if treated in the early stages. However, it can become serious and cause many severe conditions if ignored. The chance of developing any symptoms is almost next to none. It takes more than 2-3 weeks for the symptoms to appear in most people. The best way to prevent the condition is by having protection during sex. 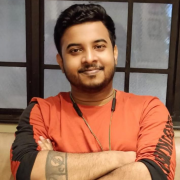 Rainik Mondal
He is a professional SEO content writer who is also familiar with e-commerce and web writing. For more than 2 years, he is in this writing field. His favorite niches include Games, Technology, Travel, Digital Marketing, Health, News, TV & Movies, and others. Apart from that, he likes to play games, explore places, watch movies, meet new people, try new foods, etc.
Previous

If you are a fitness freak or health-conscious person, then you might have heard about ...
By Rainik Mondal
September 14, 2021

Maladaptive daydreaming is a common psychiatric condition. This condition can cause some harmful symptoms and ...
By Rainik Mondal
September 14, 2021

When To Take Ashwagandha? Purpose & Dosage

How To Get Water Out Of Your Ear: 7 Easy Methods

How Long Can You Have Chlamydia Before It Causes Damage